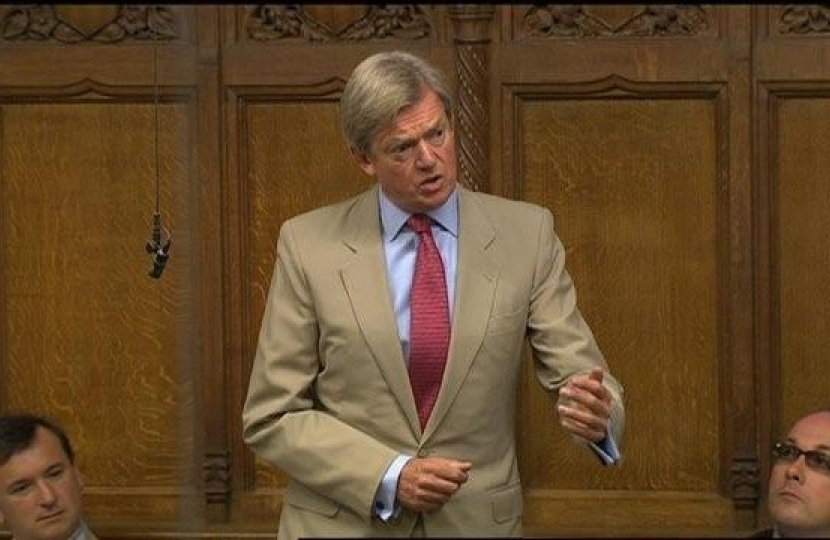 David Tredinnick (Bosworth) (Con): The problem with this section of the A5 is a problem of success as much as of failure. The huge expansion of MIRA as well as of the business park that was agreed by my right hon. Friend the Minister’s coalition colleagues, has created thousands of jobs. However, as my hon. Friend the Member for Nuneaton said, this is a unique stretch of road. Indeed, the section to which he referred, between Dodwells bridge and the Longshoot, actually consists of two roads: the A5 Watling street and the A47. However, the one does not run above the other. Both are confined into the space of a narrow highway the width of an old-fashioned turnpike.

My hon. Friend has talked about the importance of the road generally. I should like to alert the Minister to a specific problem that is affecting my constituency at the crossing of the A444 and the A5 at the Royal Red Gate junction. I raise the matter because it reflects badly on the organisations concerned, including the Government, the Highways Agency, the county council and Hinckley and Bosworth borough council, none of which has properly consulted Witherley parish council about the matter.

I should like to say a few words about parish councils. The people representing their residents on parish councils are the salt of the earth. They are often very clever people such as the chair of Witherley parish council, who was the head of government and industry affairs at East Midlands airport. We have in this instance a complete failure of communication, in that the local people are under the strong impression that they are not being properly consulted. I ask the Minister to ensure that, when the roundabout at the Royal Red Gate junction is developed, clear signage is put in place to divert the long-distance traffic off on to the M42 and well away from the A5. Also, we do not want the problem of rat runs being blocked, or unblocked, without consultation.

There has been poor consultation on the Redgate junction. If the Minister is going to put up barriers on these major roads, they will have to be concrete to make sure that no one can break through them when they are not supposed to.

The Minister of State, Department for Transport (Mr John Hayes): I want to say a particular word to my hon. Friend the Member for Bosworth (David Tredinnick), because he has raised some specific doubts about some of the road closures that have taken place. This is not the first time that he has raised them in the House. Again, his diligence speaks for itself. I want to give him this assurance. I understand that the road closures in their current format meet safety and access requirements and though the disruption is significant for some, I know he welcomes growth across the network. As a result of his intervention tonight, I will ask the Department to look again at the impact of those closures, what more the Highway Agency can do to make sure they are as minimal as they can be, and to take any further measures to ease problems that may arise from that disruption.

In congratulating and applauding the work of my hon. Friend the Member for Nuneaton, I must also pay tribute to my hon. Friends the Members for Rugby (Mark Pawsey) and for Bosworth (David Tredinnick), who have been tireless campaigners in the defence of and, moreover, in their aspirations for their constituents. They have all taken a particular interest in the A5. The Government already recognise the importance of improving the A5. The Highways Agency pinch point scheme for the M42 junction 10, which was completed earlier this year, along with the Highways Agency pinch point scheme for the A5-A47 Longshoot and Dodwells junctions, which has recently started on site, are due to be completed by March 2015.

In addition, the MIRA enterprise zone, which is located adjacent to the A5 in Hinckley, was successful in securing regional growth funding with which it is providing A5 improvements. Those improvements include increasing the capacity at the A444 Redgate junction as well as improving the access arrangements to the site itself. Those works are currently on site and are expected to be completed by March 2015. Overall, these schemes show Government investment of around £15 million into improving this section of the A5.