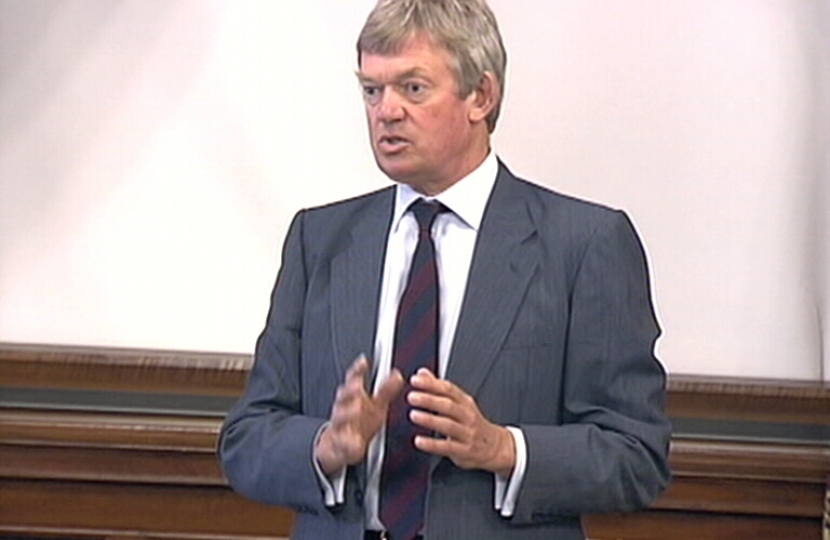 David Tredinnick: "You have given a lot of contingency possibilities, but isn’t it a fact that the south of the country is better prepared? The Royal Free in London is the hospital that has been designated as the main holding hospital if there is an epidemic of some kind. What I would like to know is what will happen if somebody flies into Birmingham airport and comes to my Hinckley and Bosworth constituency. I do not think the Leicester royal infirmary is equipped to take anybody. Is it not a fact that, once you go down through the preparedness of briefing people about what could possibly happen, we actually do not have suits in every depot? We have a couple of hospitals—I have named one—that can deal with it. What is the depth of your ability to handle something that gets potentially out of control, with a number of cases?"

Professor Davies: "Clearly we have to have beds that are specialist for proven cases to give those patients the best outcomes and to protect everyone."

Professor Davies: "There are two standing beds at the Royal Free. We have a further 12 beds in Newcastle, Liverpool and Sheffield—and more at the Royal Free available, if needed. There is expertise, there is planning and those people are trained. Given that we suspect that we will see only up to a handful of patients, and they will not all be at once, we believe that is sufficient. There is contingency planning for something bigger, but I do not believe that will happen. Once there is a diagnosis, they will be moved by ambulance services that know what they are doing to, initially, the Royal Free to have the best care. That is exactly what happened to Will Pooley when he was repatriated."

David Tredinnick said, “Whilst the likelihood of an outbreak of Ebola in the Midlands is unlikely I am pleased that the Government has contingency plans in place to ensure that anyone who does contract the disease will be treated quickly and effectively.”