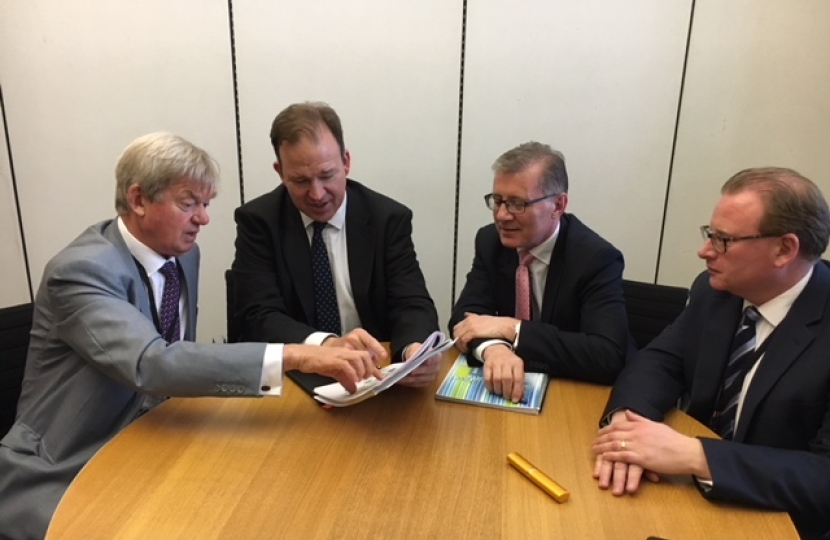 Following on from his recent question to the Prime Minister about the A5 Expressway project, David Tredinnick MP has met the Minister for Roads, Jesse Norman MP, to discuss the possibility of the Department for Transport releasing the £10 million funding necessary to take the project to its next stage.

David was accompanied at the meeting with the Minister by Mark Pawsey MP (Rugby) and Marcus Jones MP (Nuneaton).