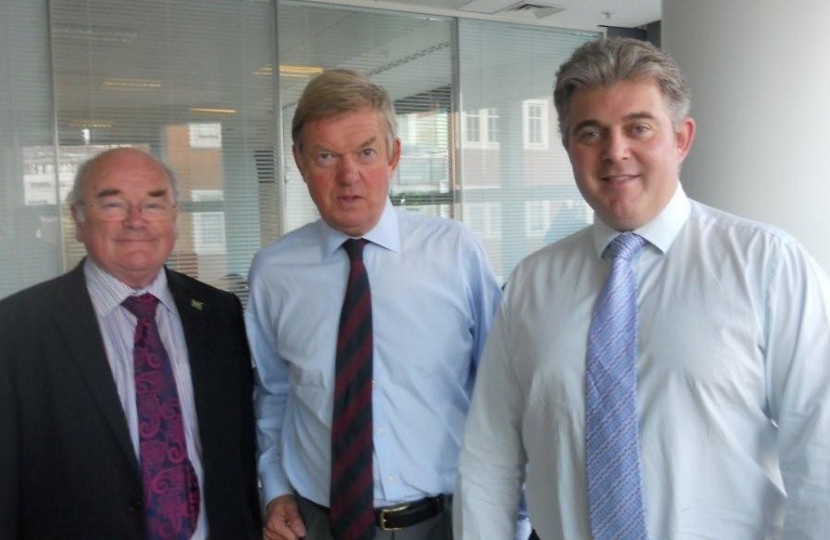 David Tredinnick, MP for Bosworth, has met with the Planning Minister to raise the concerns of Hinckley & Bosworth residents about the unprecedented amount of housing development being granted on mainly Greenfield sites on the edges of settlements throughout the Borough.

The Member of Parliament for Bosworth was joined by Market Bosworth County Councillor Ivan Ould at the meeting at the Department of Communities and Local Government with the Minister for Housing & Planning Brandon Lewis MP.

David Tredinnick said, “People throughout Hinckley & Bosworth are very concerned by the issue of the Council apparently surrendering control over local planning matters and simply allowing developers a free hand.  However, in a very positive and constructive meeting, the Minister made it clear that there are a number of ways the Council can take action to address its planning problems.

“As it has been advised by its own legal team, the Council really needs to get its Local Plan in place as soon as possible in order to protect green fields in the Borough from inappropriate development.  As the Local Planning Authority, the Council has had around ten years to do this and local communities have suffered greatly due the long delay.

“The Minister suggested a number of specific ideas aimed at improving the planning situation locally so I will be writing to the Authority’s chief executive outlining these initiatives and seeking urgent implementation of any measure that will improve matters for local people and communities.”