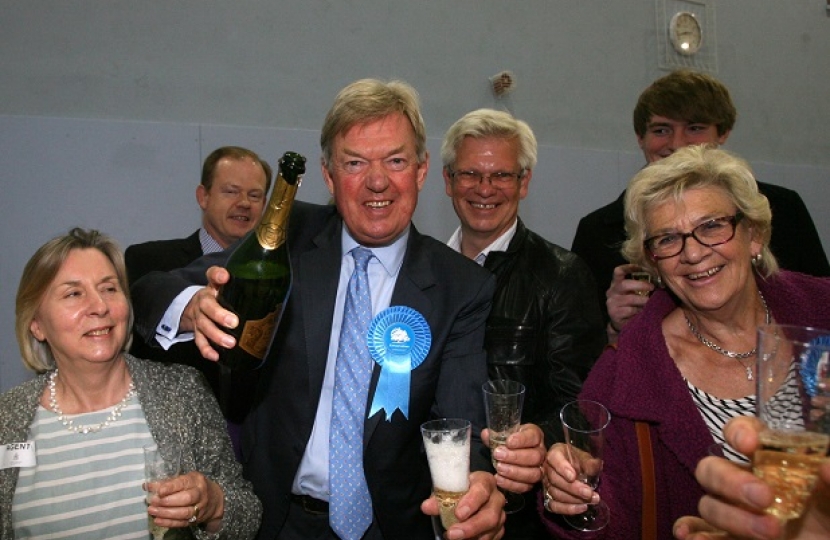 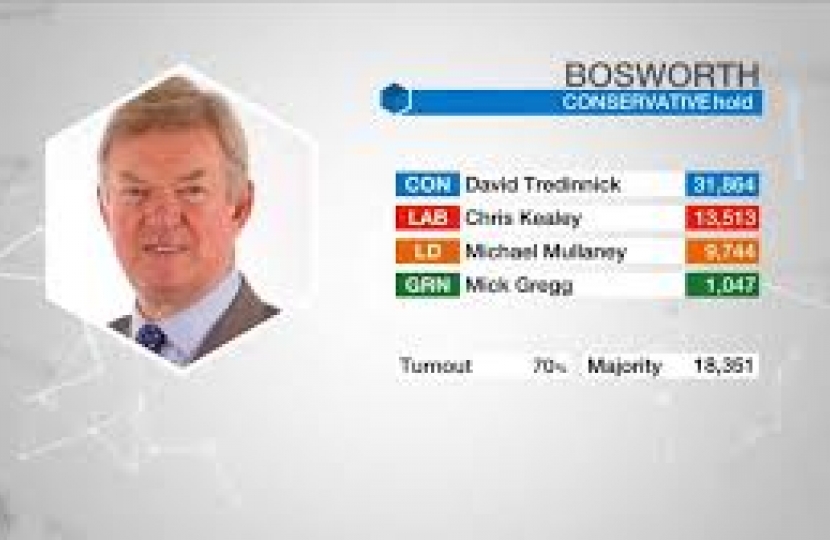 Conservative candidate David Tredinnick has been elected to serve as the Member of Parliament for Bosworth for the eighth time.

David was first elected to represent the area in June 1987 and yesterday he dramatically increased his share of the vote, picking up 31,864 votes.

Despite the Lib Dems predicting they were in a ‘photo finish’ in a ‘two horse race’, Labour actually came second with the Lib Dems a distant third with a significantly reduced number of votes.

David Tredinnick said, "I am very grateful to local voters for again placing their trust in me in such large numbers and I will do all that I can to ensure Hinckley & Bosworth is well represented at Westminster and the people of the area receive the best possible service."

*The photograph accompanying this article was taken by Ted Cottrell and was first published in the Leicester Mercury.