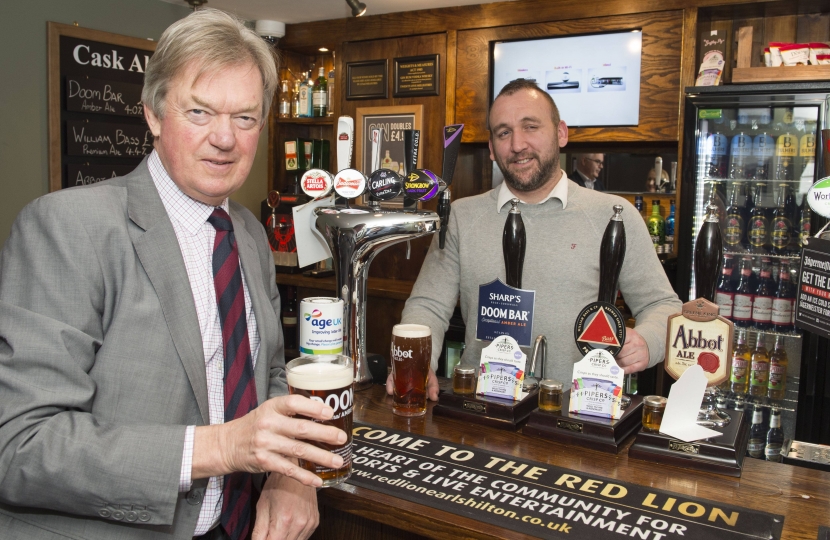 CAMRA’s 28,680 members in the East Midlands are asking candidates to promote and celebrate Britain’s 1,540 breweries and over 50,000 pubs by considering a range of measures to help make pub-going and beer drinking more affordable for UK consumers.

David Tredinnick has committed to:

Beer, brewing and pubs support nearly 900,000 jobs and contribute £23.1bn to the economy annually. Candidates are therefore being urged to ensure the sector is not left behind in the Brexit negotiations due to take place in the coming years.

David Tredinnick says: “As ever, I am proud to speak up for pubs and real ale. I have always enjoyed pubs and regard them as great community assets.  They are often at the centre of community life in many areas and also provide employment for local people, in many cases giving young people their first experience of the workplace.  Our pubs need to be protected and given as much support as possible as they make a huge contribution to the regional and national economies.  If re-elected, I will continue to show my support in the next Parliament.”

Colin Valentine, CAMRA’s National Chairman says: “We are delighted that David Tredinnick has again pledged his support for beer and pubs. Pubs are a uniquely British institution which showcase our nation’s brewing tradition while providing an essential community facility for those that use them. It is therefore critical that pub-goers and beer drinkers are not left behind when it comes to negotiating Britain’s future over the coming years.”