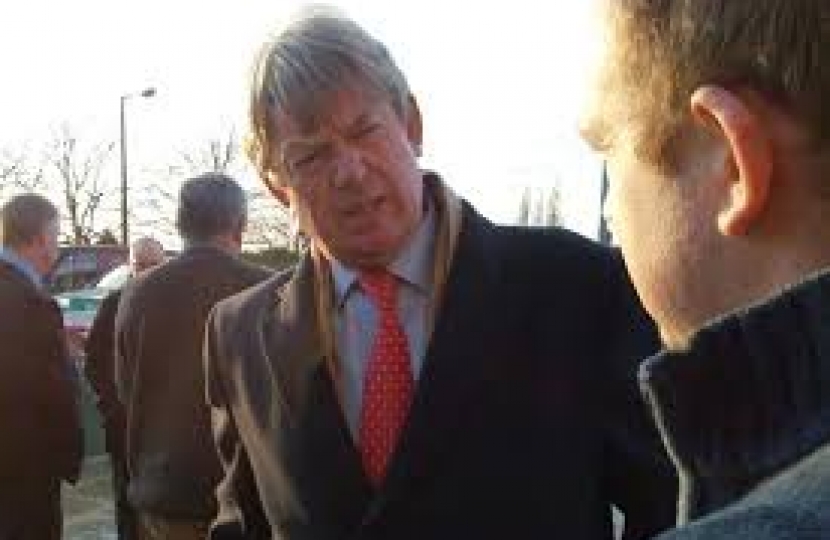 Last night David Tredinnick chaired a packed meeting of over 50 residents at Battram Access Centre calling on Arriva to reinstate the 153 bus service to the villages of Nailstone, Carlton and Barton in the Beans.

David Tredinnick had previously raised significant concerns in respect of the impact on numerous local residents due to the loss of the 153 bus to these small village communities and, working with local County Councillor Ivan Ould, called for a reintroduction of the service.

David Tredinnick said, “The loss of the 153 bus has impacted upon pensioners and school pupils and college students in particular in these villages, as well as an array of other residents who valued the opportunity to use the service. For some people in these rural villages the bus really represents a lifeline.

A number of options were considered and commented upon by Arriva’s representative Simon Mathieson, who lives locally.

David Tredinnick added, “I welcome Arriva’s flexible and considerate approach towards finding a solution to this issue, particularly as they are operating within the requirements of the 1985 Road Traffic Act and the fact that the 153 service receives no subsidies.

“I also commend Leicestershire County Council for its introduction of a limited ‘Demand Responsive Service’ following the withdrawal of the 153 bus to these rural communities.  I would like to thank all those present at the meeting for their constructive contributions and Richard Montgomery for organising the event, which has resulted in real progress.”