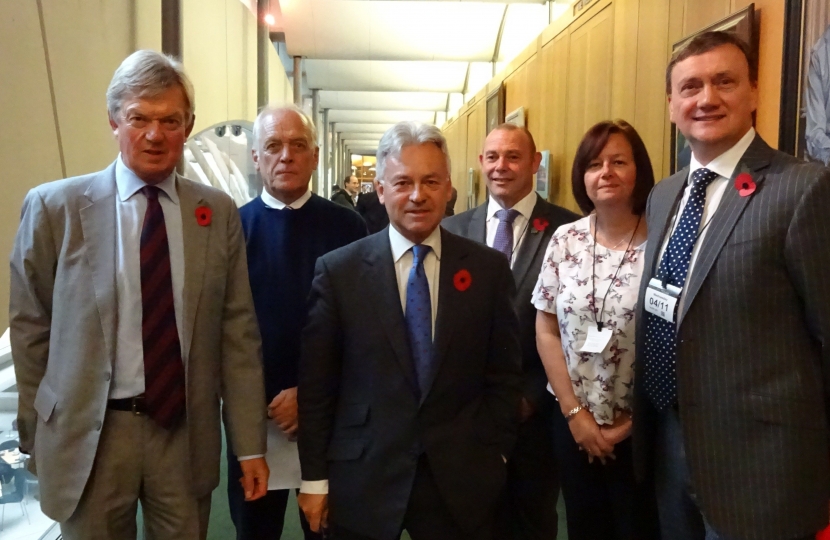 David Tredinnick MP has welcomed news that increased funding from the Government for the Leicestershire Fire Authority will see the retention of two Fire Engines in Hinckley.

Leicestershire’s Fire Authority had consulted the public on proposals that included the removal of a Fire Engine at Hinckley Fire Station as well as significant changes to the service around the County and in the city of Leicester, which prompted David Tredinnick to organise and chair a meeting of all local MPs with senior Fire Officers and the Chairman of the Combined Fire Authority.

David Tredinnick said, “There has been a lot going on behind the scenes working towards a positive outcome and the safety of local residents has always been my primary consideration.

“Over the last few months I have had numerous meetings with the Chairman of the Fire Authority, Parliamentary colleagues on a cross-party basis and Ministers, as well as retired local fire fighters, to discuss the best way forward on this important issue.

“The retired fire fighters who I met raised some crucial issues that need to be addressed, including how the emergency services can work better together and the potential difficulties on occasions of cross county co-operation with other fire services that have different operational protocols.

“The increased Government funding means we can keep two Fire Engines at the recently re-built Hinckley Fire Station and the Fire Authority can now plan for necessary improvements in the way this crucial service operates.”