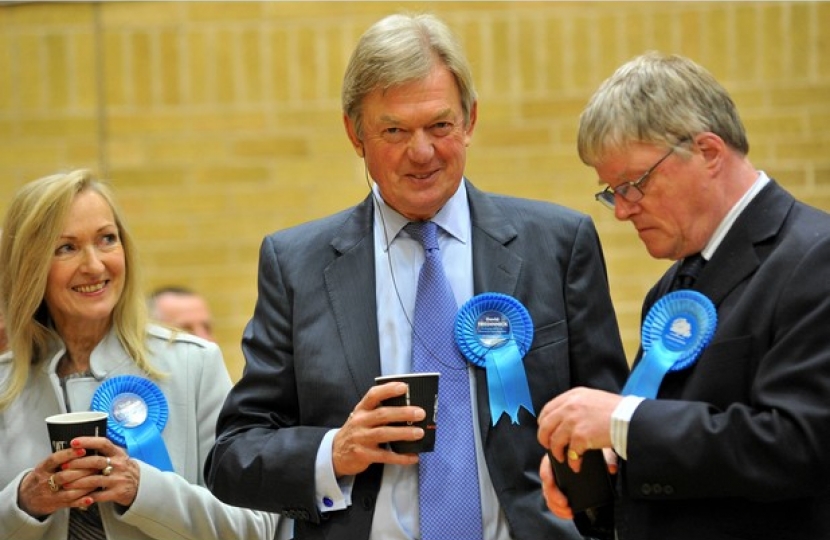 David Tredinnick has been re-elected as Member of Parliament for Bosworth with 22,939 votes and a majority of 10,988 as the Conservative Party defied all the predictions and formed a majority Government at Westminster.

After thanking the Returning Officer and his staff along with a special mention for the police and firefighters who had dealt with a serious incident involving a burning car outside the count, David Tredinnick said,  “We are going to have to tackle a couple of major issues such as Scottish members voting on English health matters.

"We also have an obesity crisis and huge problems with antibiotics.

"But finally I think this constituency above all has an MP who has served under five Prime Ministers and knows his way around Westminster.