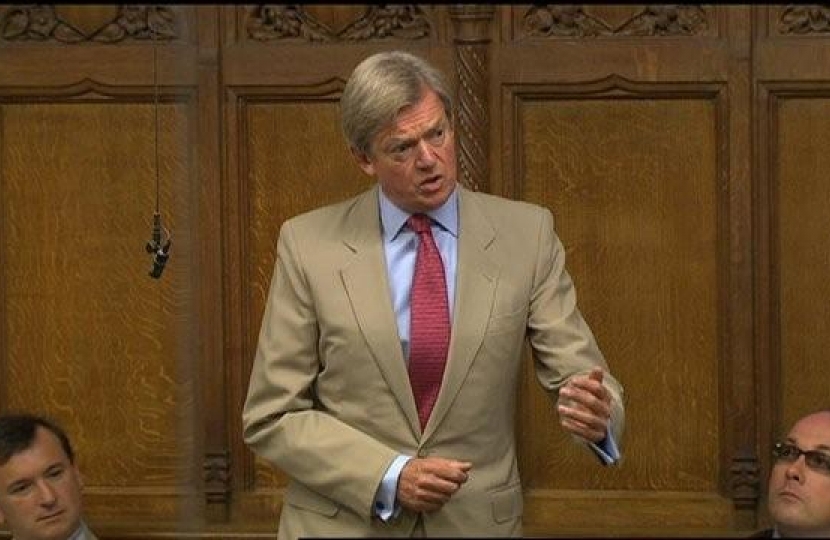 May I congratulate my old Whip on his elevation to being the Minister of State, Department of Health? I hope that he brings with him all the skills he learned at the Ministry of Defence, as there are many tough challenges ahead. At a time when there is upheaval in every Department in Whitehall, I suggest that this is a good time for him to look afresh at where the Department of Health is going, and I want to propose some initiatives.

I am proud to have represented the middle of England, Leicestershire, for many years, and in particular pretty much the whole area of Hinckley and Bosworth Borough Council. I would like to share the initiatives that the council has taken since the Health and Social Care Act 2012 came into being, and then suggest what we need to do beyond those kinds of initiatives, taken by a council that is very successful and, I might add, Conservative-controlled.

The council has taken three major initiatives in my constituency. One is getting people of all ages to be more active, including through young people putting on activities such as days for soccer tots aged two to four, bikeability courses for six-year-olds, BMX track work, parachute games, skipping and making smoothies. There are all kinds of activities. The council has also built a new leisure centre, which has been a huge success. The number of people attending swimming in the borough has gone up exponentially. It has produced some excellent facilities.

It is sad to relate, however, that in my constituency 7% of people have diabetes and 68% are recorded as having excess weight, of whom 20% are obese. Obesity in children is still increasing. My point is that however good local people are, we have to take other steps. I can ​see the Chair of the Health Committee, my hon. Friend the Member for Totnes (Dr Wollaston), looking over at me, and she knows what I am going to say, because we worked on this when I was on the Committee: we have to have more action on obesity. The sugar tax is very important and welcome, but it is not enough. We have to deal with diet and food consumption. The template for moving ahead should be the campaign of more than 100 years to stop people smoking and stop cigarettes dominating our lives. That campaign really began with the passage of the Regulation of the Railways Act 1868, which mandated smoke-free carriages to prevent injury to non-smokers, and culminated in England going smoke-free in 2007.

As for the transformation of local services, we need more services, but some are not properly co-ordinated. I served on the Committee for the Osteopaths Act in 1993 and the Chiropractors Act in 1994. Both groups of practitioners are now regulated by an Act of Parliament, but osteopaths, chiropractors and orthopaedic surgeons do not talk. It is ridiculous. Far too many people are having operations who could be dealt with by chiropractors or osteopaths. The head of the Professional Standards Authority, Harry Cayton, regulates 17 registers and says that of the 63,000 practitioners on those 17 accredited registers, covering 25 occupations, far too few are being used in the health service. That is very sad.

I will finish on this point, for the benefit of the Chair of the Health Committee as much as anything: homeopathy has been officially recognised by the Swiss Government as legitimate medicine to coexist with conventional medicine, following a 2009 Swiss referendum—referendums are not only in Scotland—when two thirds of the population decided that they wanted homeopathy, acupuncture, traditional Chinese medicine, herbal medicine and holistic medicine as part of their health service. Swiss insurance companies now agree.