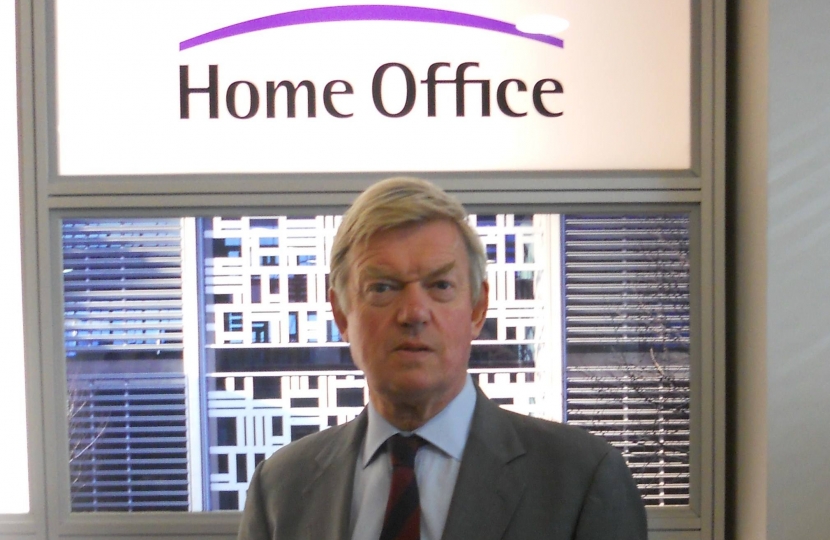 David Tredinnick, Member of Parliament for Bosworth, has met with the Home Secretary, the Rt Hon Theresa May MP, to discuss the worrying situation of illegal migrants flocking to the French Port of Calais in the hope of then gaining entry into Britain.

Following the meeting on Friday, David Tredinnick said, “It is in everyone’s best interests that our borders are well managed and illegal immigrants are prevented from coming to Britain.  The Home Secretary told me about the Government’s investment in the most effective security technology in Calais such as heartbeat scanners and wave-sensor technology to detect people hiding in vehicles.  She said action was also being taken with other European countries to crack down on the trafficking gangs that help illegal migrants get to Calais whilst new laws have been brought in to deal with any individual who does manage to enter the UK illegally.

“These measures to combat the situation in Calais are to be welcomed but I pressed the Home Secretary to go further.  For instance, three months ago the British Government offered the Port of Calais an extra £3 million to improve security so I believe everything possible now needs to be done to ensure these funds are spent effectively and with the necessary urgency.

“It also needs to be made clear to the authorities in and around Calais that they have a duty to act to deal with this appalling situation whilst at an EU level the British Government must press the majority of member states who, unlike the UK, are part of the Schengen ‘open borders’ agreement to beef up their immigration security.

“Britain cannot be a soft touch when it comes to illegal immigration and that message must be sent loud and clear both to those who wish to gain entry to the UK and also to the governments of the countries they are travelling through whilst attempting to get here.”