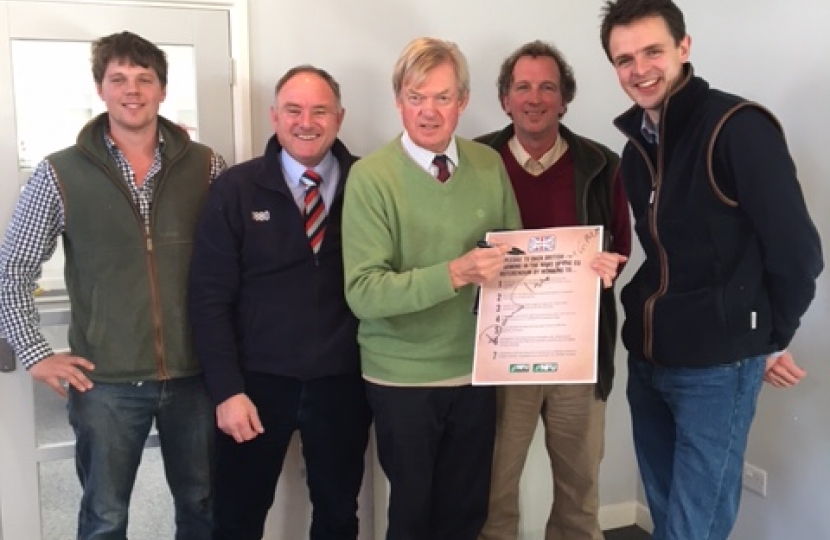 The meeting, held at Fenn Lane Farm, Upton, was well attended by local farmers and David Tredinnick was keen to show his support by signing the pledge to back British farming in the wake of the EU referendum.

David Tredinnick said, “Farming is a key part of the local economy here in the Bosworth constituency and it is in our vital national interests to ensure farmers receive the full backing necessary to operate successfully.”

The Pledge to Back British Farming:

1 Build the nation’s food security by improving the

competitiveness, profitability and productivity of UK

2 Give British farmers the best possible access to markets

inside and outside the EU

standards adhered to by British farmers

4 Introduce a domestic agricultural policy that will not put

British farmers at a competitive disadvantage

farmers to care for the countryside, wildlife and mitigate

7 Implement policies that are science and evidence-based to