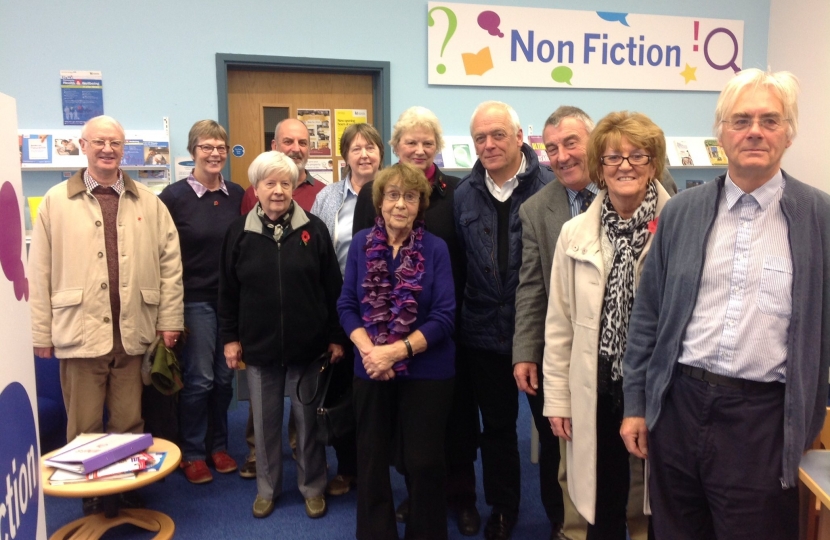 Barwell’s two county councillors, Ruth Camamile and Janice Richards, have met with a group of local residents to discuss options for the future of the village’s library.

The Leader of Leicestershire County Council, Cllr Nick Rushton, was also in attendance and the possibility of local people running the library was considered as a possible way forward.

Cllr Janice Richards said, “This was an important meeting for the community of Barwell and I am very pleased the Leader of the Council was there to hear the views of local people and give his input.”

Cllr Ruth Camamile said, “The meeting was very positive and a good discussion was held about the future of the Library.  Several more meetings are planned and judging by the enthusiasm shown by local people, good progress on the future of this community amenity will be made in the coming months.”

Cllr Rushton added, "I'm grateful to Ruth and Janice for organising this meeting.  We have been running a consultation exercise since the summer and events like this will help the council's thinking."