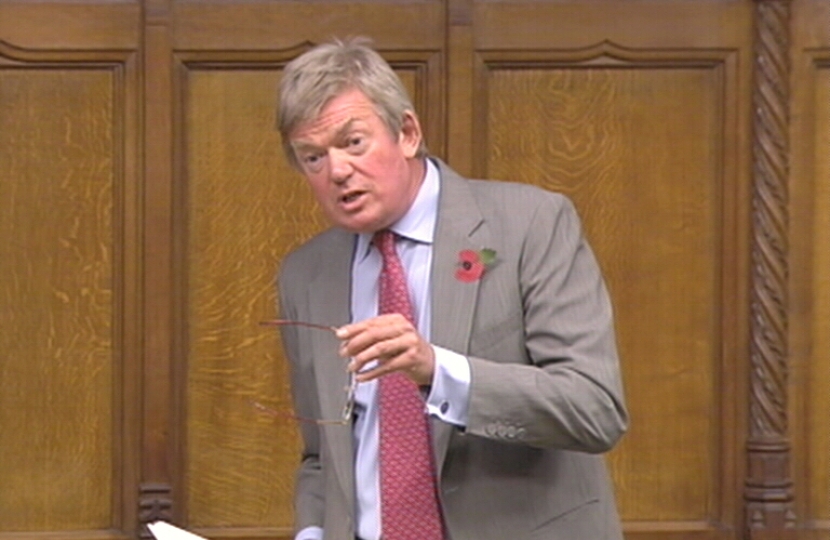 David Tredinnick, MP for Bosworth, speaking in the House of Commons Science and Technology Committee, questioned security chiefs on personal security data and the use of biometrics.

David Tredinnick said, “Biometric security has many applications, and has many positive uses, such as screening at some airports and borders to improve speed and efficiency. Although biometrics can change over time in certain physical characteristics, there is an absolute tie to the individual’s inherent physical make-up or behavioural make-up. There is nothing that can easily be lost or faked by a criminal, such as is the case with a pin or a password.”

“However, public opinion is mixed on these technologies because of media stories about hacking, identity theft and misuse of personal information by Governments and others. People often don’t trust the people who are supposed to be holding this information securely. For example, we have recently seen negative media stories about Google and phone security issues, which chips away at public confidence. Apparently, we are now seeing the beginnings of the availability of the use of biometric sensors on mobile phones, on mobile devices, but this use of biometrics is unsupervised. If you go to an ATM to put in your credit or debit card, that system is going to be supervised by the bank in some way, but when you are using your smartphone, or even your PC at home, there is no physical supervision of the system.”

He continued, “The ID card scheme was scrapped in 2010 largely due to mistrust about how the way the scheme would be administered and how the information would be stored and used. That unease was reflected in Parliament by myself and colleagues, and whilst new technologies must be embraced, they must also be used appropriately and carry public confidence.”He added, “As technology makes further advances we need to ensure that we have the required security to protect people from misuse of their personal information. As a member of the House of Commons Science and Technology Committee I was glad to have the opportunity to raise the concerns with security chiefs that are often expressed to me by constituents.”