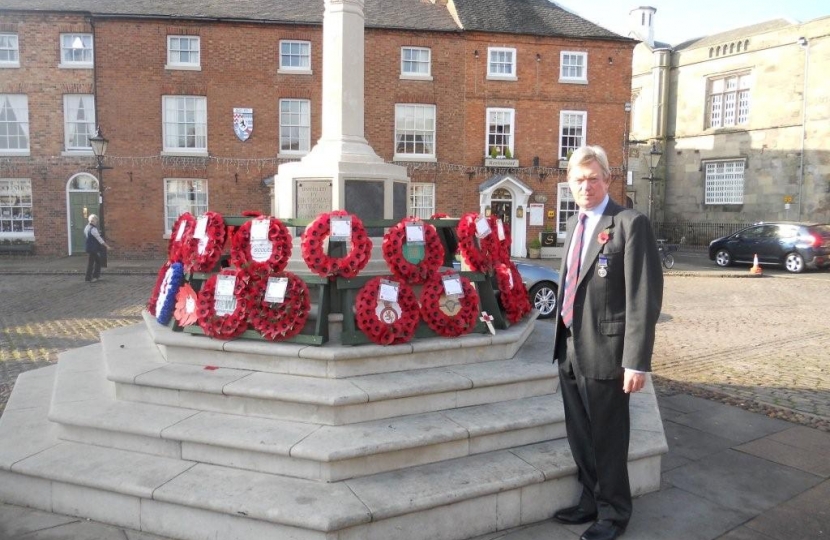 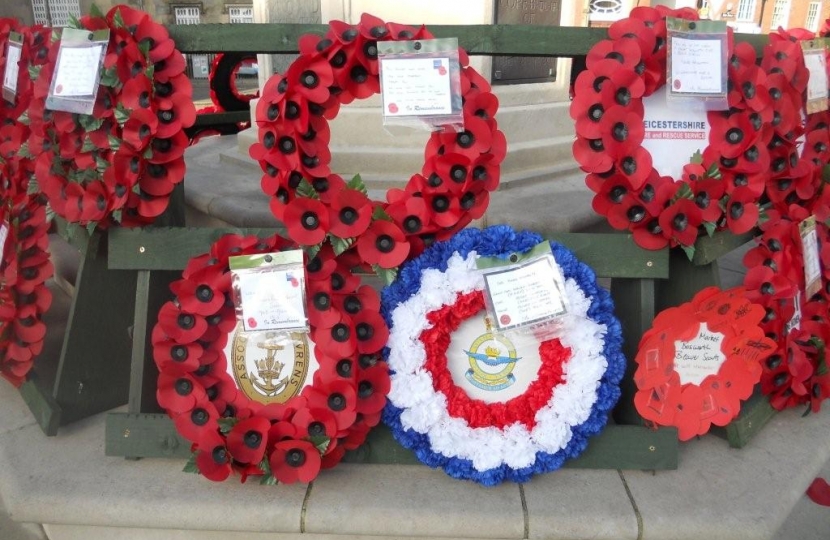 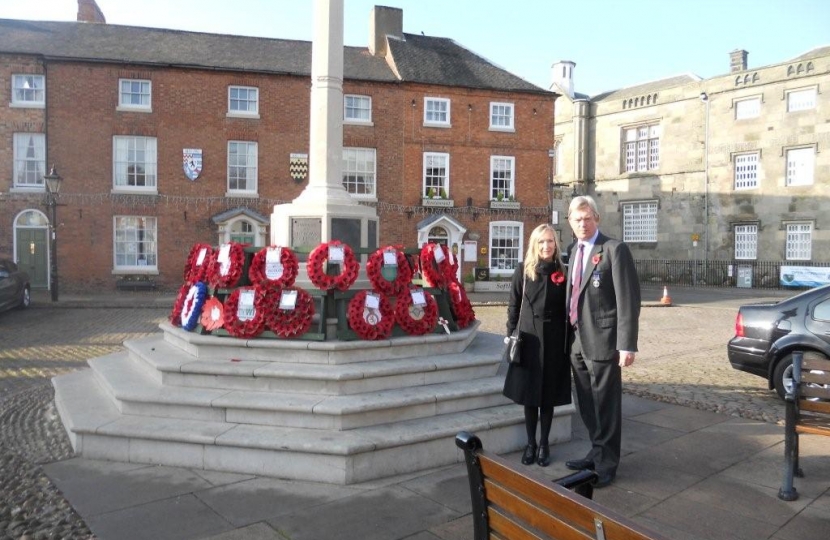 The well attended service had particular poignancy with 2014 being the hundredth anniversary of the start of the First World War and 70 years since D-Day and Operation Market Garden during the Second World War. This year has also seen the end of the British military’s combat mission in Afghanistan, during which 453 soldiers lost their lives.

David Tredinnick said, “The whole occasion was very moving with Market Bosworth, as with communities throughout Hinckley & Bosworth and the country as a whole, coming together to remember all those who have made the ultimate sacrifice in conflicts during the past hundred years.”