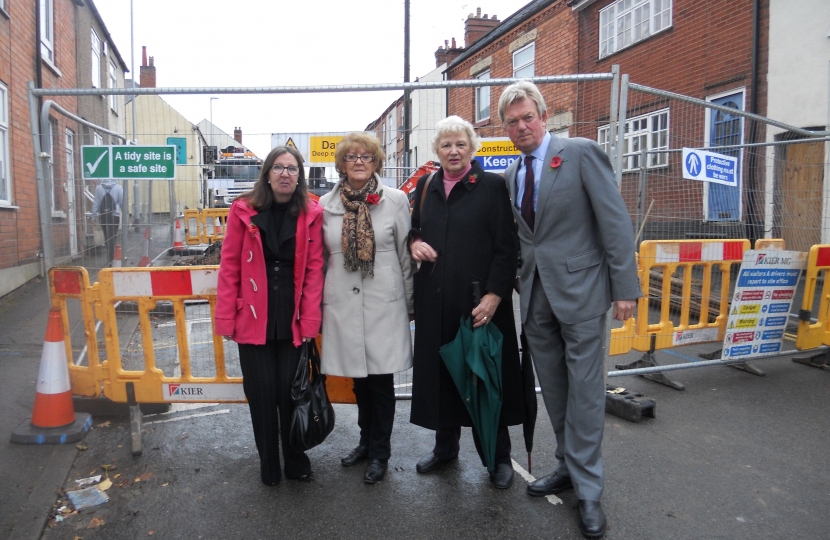 With plans for the massive expansion of the village pressing ahead, local councillors have called on Hinckley & Bosworth Borough Council to acknowledge the seriousness of the problems with Barwell's infrastructure as yet another collapsed sewer is causing chaos for residents with the busy Chapel Street closed and diversions in place.  Fears about further pressure on the crumbling infrastructure of Barwell have been voiced for years by residents and the local elected Conservative Councillors alike.

County Cllr Janice Richards said, “As we have seen recently, three sewers have now collapsed in Barwell.  Chapel Street, which struggles with very large volumes of traffic and parked vehicles, is the latest to suffer.  You only have to see the chaos in this one street, let alone the rest of the area, to see how the road network can’t cope now and that is before a brick has been laid for the Lib Dems’ massive SUE expansion of Barwell by 2,500 extra homes.”

County Cllr Ruth Camamile said, “As local councillors we have voiced grave concerns on many occasions in the Council Chamber at Hinckley regarding the outdated infrastructure, but it always seems to fall on deaf ears with the Lib Dems determined to expand Barwell at any cost.”

Barwell Borough Cllr Hazel Smith said, “This is one of the reasons why I have always voted against the SUE because it is obvious to anyone that the infrastructure just cannot cope.  It is not coping now, let alone with the addition of over 2,500 new homes.  You cannot keep going on putting ever more pressure on the very old networks and services that exist in Barwell and the surrounding area.”