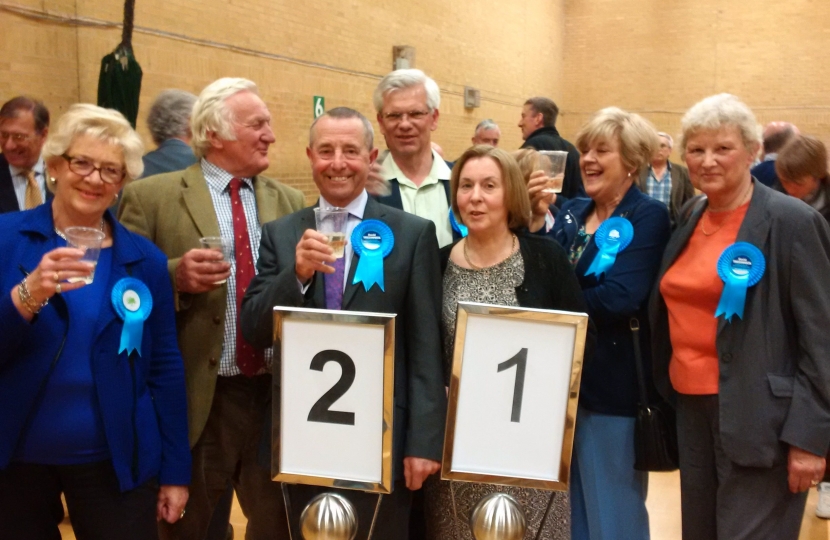 Cllr Mike Hall has received the endorsement of the Conservative group on Hinckley and Bosworth Borough Council, and will become Leader of the Authority when it gathers for its Annual Meeting on Tuesday 19th May.  Cllr Kevin Morrell will be Deputy Leader.

Mike was elected on May 7th, along with Stan Rooney and Amanda Wright, in Burbage Sketchley and Stretton Ward and becomes the first Conservative Leader of the Borough Council since 2007.

Mike Hall said, "At last Thursday’s election a total of 21 Conservatives were elected as Borough Councillors giving the Conservative group a clear majority to control the future direction of Hinckley and Bosworth Borough Council.

“Over the next few days I will form the new Executive Committee of the Council so that we can begin the work to deliver our election promises. I will be introducing some changes to the structure and roles of the Committee, and I will be announcing these at the Annual Council Meeting next week.

“I will lead a Council that is committed to fairness to all of its council tax payers, and we will deliver improvements where they are needed, not just in those areas which have elected Conservative Councillors.

“Our first priority will be to take any action necessary to protect the Council’s finances in order to deliver and improve its core services.

“We will also urgently identify the issues that have led to so much chaos with the planning system, and address those matters which have meant that the Council has been unable to prevent unwanted developments.

“This administration puts great value in the diversity of the Borough of Hinckley and Bosworth, it values our towns and rural areas equally because of their differences, and we will strive to protect and enhance the things that people love about where they live.

“I am looking forward to the work ahead and to repaying the trust given to us by the people of this Borough."