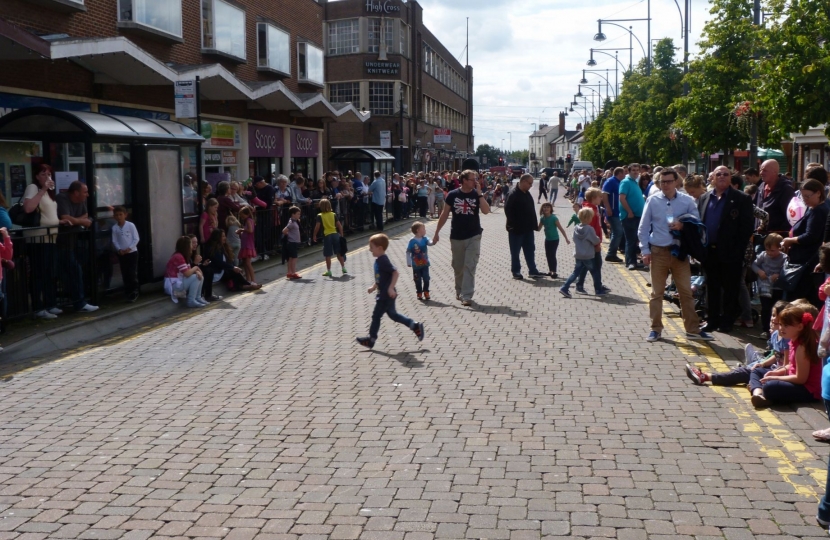 Going along with this weekends bright weather forecast, the local area will be erupting in colour, cheer, and charity fundraising. Local residents all over the constituency will be spolit for choice as events take place in Hinckley, Barwell, and Witherley.

Starting the carnival atmosphere will be Barwell, where a procession, starting at 1:30pm from Moat Way, will parade its way through the village. There will also be lots to do, a fairground at the Barwell Junior School, as well as live music, cheerleading and martial arts performances. The carnival has run from 1946, and in it's 69th year its set to be just as spectacular as ever!

Next in the line up for the weekend the crowds will be heading towards Hinckley Carnival. Here again visitors will be able to see a vibrant procession of twelve floats, with our very own Mayor Janice Richards alongside the Town Crier, and as ever, the mascot, Tinny the Hat. The County Council have undertaken to close the roads enroute for the duration of the parade. The theme of this years event is that of 'Hinckley past and present', remebering how much the town has changed and celebrating whats to come. The parade will be followed by marching bands, and theres plenty of eating and shopping to be done at the 50 market stalls that line the route.

If you can cope with yet more excitement after the festivities in Barwell and Hinckley, the village of Witherley will be hosting its own events on the Monday, centering around the playing of a charity football match - a local derby between the volunteer teams of Witherley Football Club and the Blue Lion Pub. Both venues will be catering the event, with stalls and events on the village field, a real ale festival promises to be as refreshing as ever, just as long as the players dont have too much before the game....

All of the events over the weekend are being held to raise money for local and national charities, and organisers are encouraging the local residents to be generus amongst the fun and festivites - after all, the money being raised is going to fantastic causes.