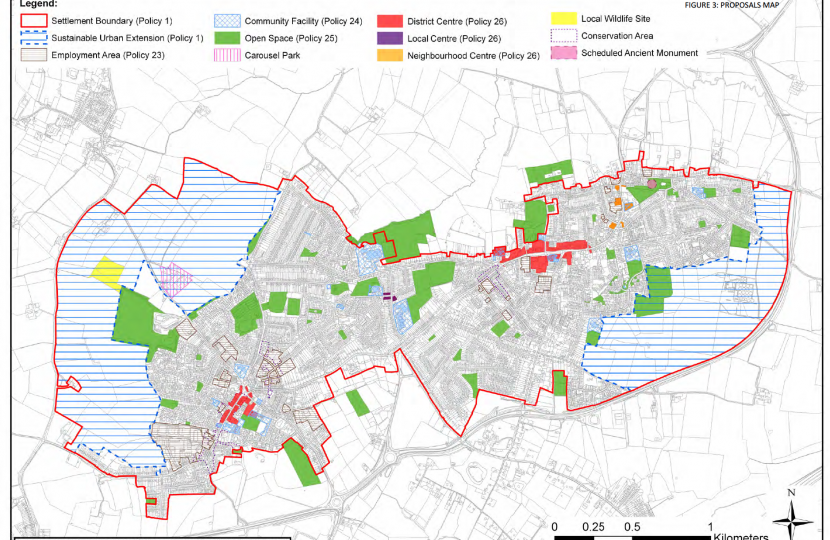 Leader of the Opposition at Hinckley and Bosworth Borough Council and Earl Shilton resident commented regarding local planning:

We recognise that with a growing population we will naturally need to build a certain number of new homes. What is pivotal however is that new homes are built on local resident's terms - where we want them, when we want them and that they are appropriately supported by local infrastructure.

This is what the Local Plan is designed to do. It shows that local residents will meet housing demands and can be used to legally defend villages from unwanted major housing developments such as the Barwell and Earl Shilton Sustainable Urban Extensions (SUEs).

Whilst it is disappointing that Hinckley and Bosworth Borough Council have fallen behind on their planning commitments, with Cllr. Bray confirming 'it is likely the council will not be able to demonstrate a 5 Year Housing Land Supply', it is absolutely appalling that he has then declined expert support from the government in establishing a new plan in the quickest fashion. Despite housing developments cropping up all over the patch, Cllr. Bray thinks that expert advice, including from the Government's Chief Planner 'won't be necessary'.

I am calling on Cllr Bray to put aside party politics and accept the support that has been offered, to ensure that residents are able to defend their communities with the quickest speed.

I/We the undersigned wish to make clear our complete opposition to Hinckley and Bosworth Borough Council's refusal to accept support in establishing a suitable Local Plan.

A Local Plan ensures that the right homes are built in the right areas and offers local residents a lifeline when fighting off speculative developments.

Despite being one of Hinckley and Bosworth Borough Council's chief responsibilities, the creation of an up-to-date Local Plan has now been allowed to slip by at least 12 months.

Due to this, the Minister for Housing Rt Hon. Christopher Pincher MP directly wrote to the Council offering the expertise of his officials to support the creation of a Local Plan to progress as quickly as possible. You declined this offer.

In not taking every opportunity to defend rural communities, local residents are currently at risk of major housing developments, such as the Barwell SUE, bulldozing through our cherished green spaces.

We implore you to put politics aside and accept the governments offer of support in creating a Local Plan at the earliest possible moment.

The picture above is an outline of the Barwell and Earl Shilton SUEs from the Borough's 'Area Action Plan'.