Make Sure YOU are registered to vote, go to https://www.gov.uk/register-to-vote 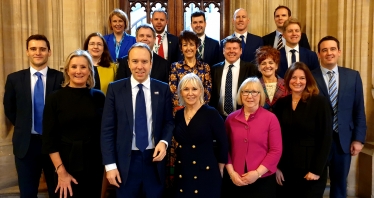 Being a Member of Parliament is one of the biggest privileges anyone can be given. Having the residents of Hinckley and Bosworth put their trust in me is an honour, as is working in such an historic place as the Palace of Westminster.

As with anyone starting a new job though it can be daunting but I’m pleased to say that after a month in post the worry of taking a wrong turn and inadvertently wandering into a minister’s office is lessening somewhat!

Dr Luke Evans, Member of Parliament for Bosworth has joined with Leicestershire…

As your new Member of Parliament, I believe that from the outset it…

We’re investing more into young people’s mental health to help children get the best possible start in life. Read the article to find out more about what we’re doing to help mental health in the UK.

The Prime Minister has announced that we're increasing funding for schools by a record £14 billion, levelling up per pupil funding so every child has a world-class education.

Justine Greening: Education and skills will unlock our nation's talent

Greening: education and skills will unlock our nation’s talent